Last week, trading was below last week’s low on lighter volume, but then closed above last week’s low. It’s said, “If a market can’t take out the previous low on higher volume, it will reverse and attempt to take out the previous high.” In the current situation, this would give a target for the week of December 16 high near 410 on the SPY. If the December 16th week high is tested on higher volume, then it would move the target to the next higher high, which is the August high near 430. Also notice that the SPY found support near the 50% retracement level from the rally up from early October. This condition suggests the 410 SPY level may be exceeded, which opens the door to the 430 SPY level, which is the August high. 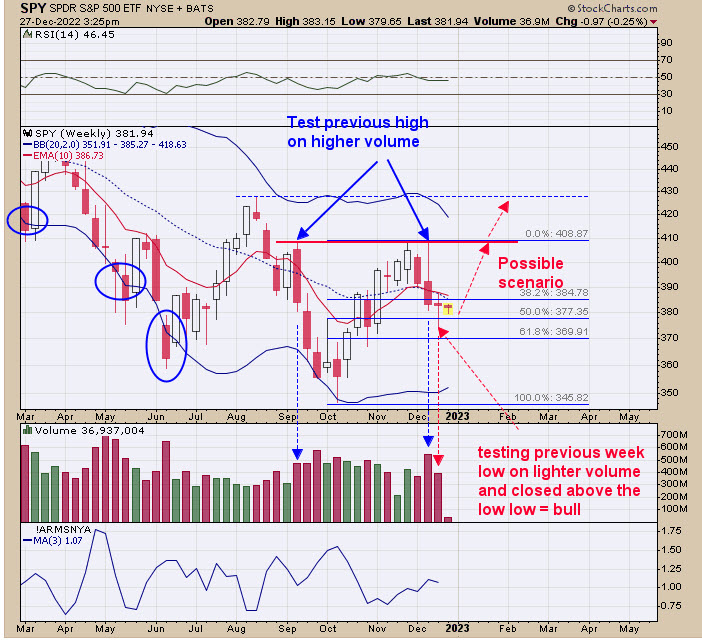 When the SPY is down four to six days in a row, the market can make a lower low before it reverses back up (noted on chart).  SPY has been hovering around the November 10 gap since December 19. The November 10 gap has been tested on lighter volume, which suggests the gap has support. The weekly chart of SPY (see above) leans bullish, in that last week’s tests of the week before lows were on lighter volume, suggesting support and giving a target back to the 410 SPY range. Hold long the SPX for now. 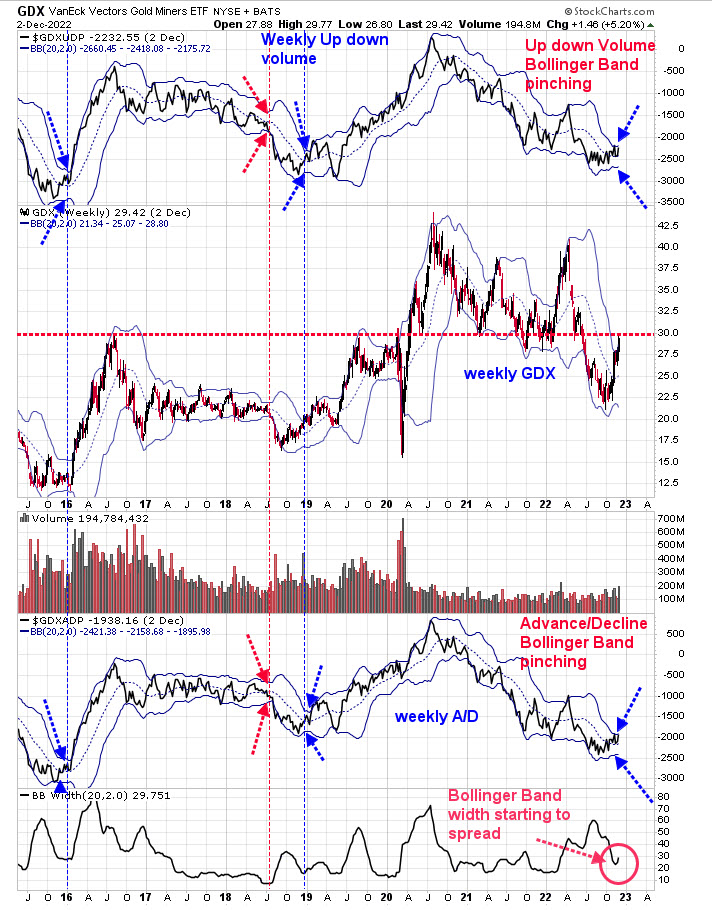 www.ord-oracle.com. Book release “The Secret Science of Price and Volume” by Timothy Ord, buy at www.Amazon.com.

Signals are provided as general information only and are not investment recommendations. You are responsible for your own investment decisions. Past performance does not guarantee future performance. Opinions are based on historical research and data believed reliable; there is no guarantee results will be profitable. Not responsible for errors or omissions. I may invest in the vehicles mentioned above.

Subscribe to Top Advisors Corner to be notified whenever a new post is added to this blog!

Earn Passive Income for Years With This Dividend Aristocrat

Bulls And Bears Back Off