The S&P 500 Index ($SPX) crossed its 200-day simple moving average (SMA) for the 173rd time since 2000 and the performance for this “signal” is not that great. Buying and selling the 200-day SMA cross produced a lower return than buy and hold. This cross, however, did manage to curtail the drawdowns. Chartists can improve performance by taking it a little slower and adding a signal filter. We will look at some chart signals first and then quantify performance for these signals. 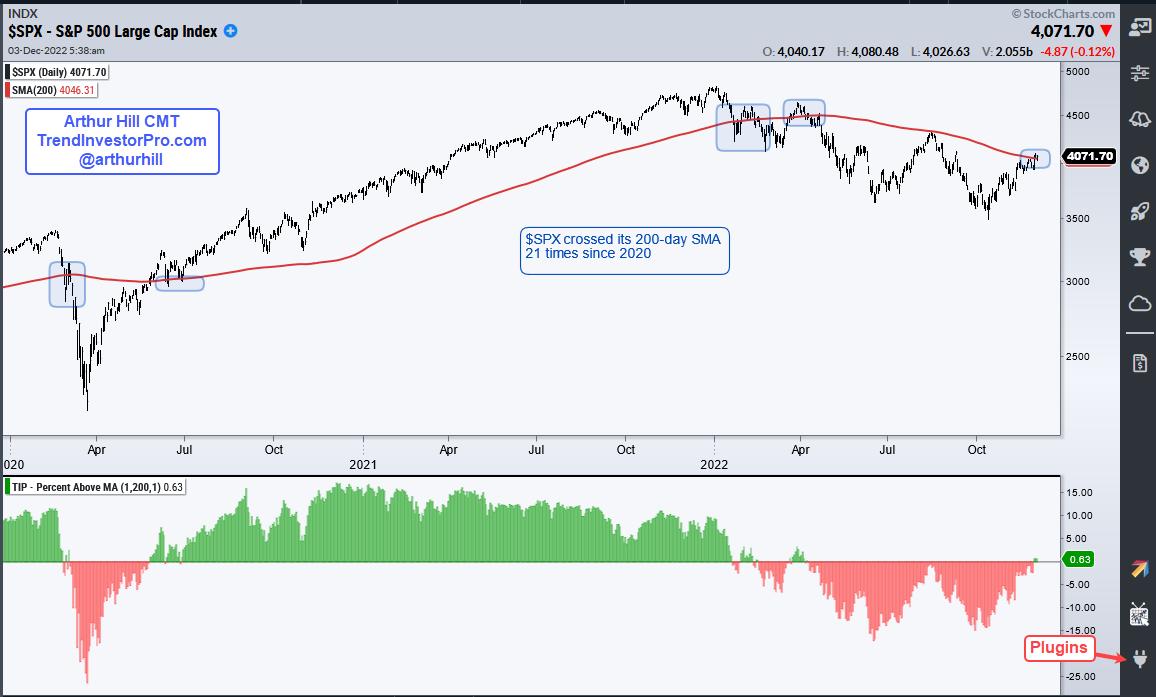 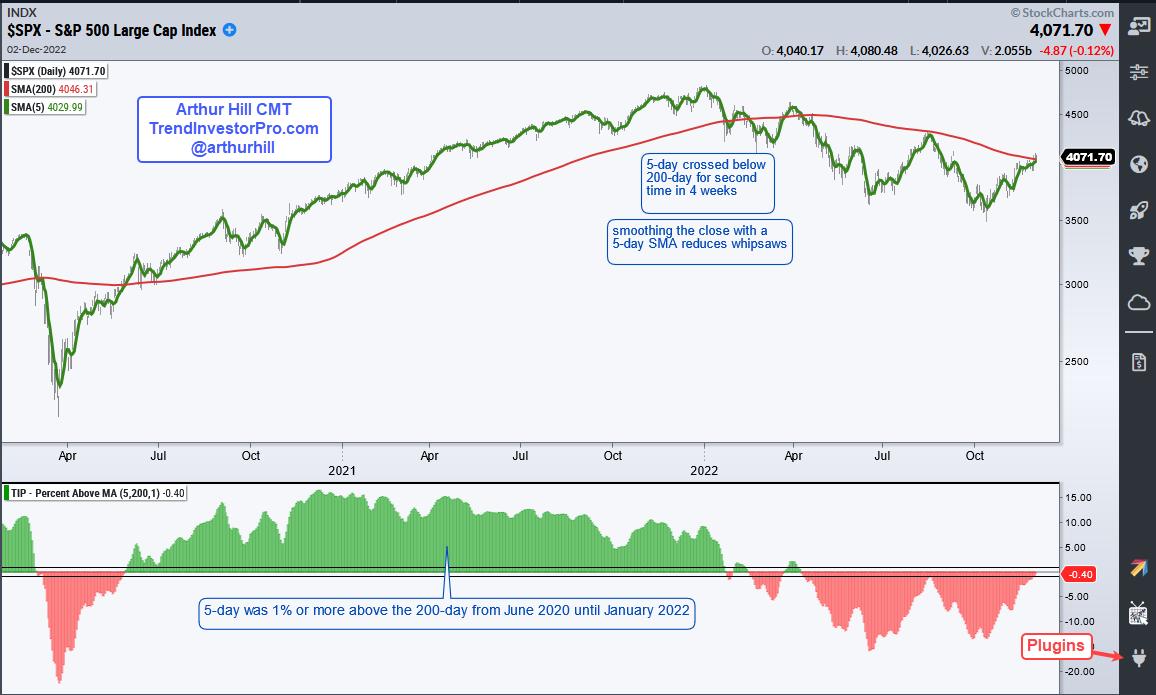 CHART 2: FIVE-DAY SMA AND 200-DAY SMA CROSSOVERS. There were five crosses this year, which is an indication of how noisy the stock markets have been this year. Chart source: StockChartsACP from StockCharts.com. For illustrative purposes only.

Now let’s quantify these signals. The table below shows backtest results for buy-and-hold, the 200-day SMA cross, 5/200 day cross, and the 5/200 day cross with a 1% filter. Buy-and-hold produced a compound annual return (CAR) of 4.54% since 2000 and the average drawdown was 37%. The drawdown is the decline from peak to trough in portfolio equity.

CHART 3: BACKTESTING RESULTS. Smoothing the close with a five-day SMA and adding a 1% signal filter reduced the whipsaws which can better help with broad market timing. Source: Amibroker. Data source: Norgate Data. For illustrative purposes only.

Notice that the number of trades decreased as I smoothed the close with a five-day SMA and then added a 1% signal filter (blue shading). Each step increased the win% and average gain. The CAR for the 200-day cross (3.87%) was lower than buy-and-hold because of all the whipsaws. The 5/200 SMA cross outperformed buy-and-hold with a lower average drawdown and the 1% filter increased the return with a small increase in the drawdown (orang shading).

Not so fast with crosses of the 200-day SMA. Take a step back by smoothing the close with a five-day SMA and adding a 1% filter for signals. This won’t necessarily eliminate whispsaws but it will reduce them and help with broad market timing. The S&P 500 Index provides an important clue to the overall health of the stock market and we should pay attention.

TrendInvestorPro tracks Trend Composite signals for the 274 ETFs in our MasterList and ranks these ETFs according to price performance. Our reports and videos highlight chart setups with dozens of ETFs featured each week. Click here for immediate access.

The Trend Composite, Momentum Composite, ATR Trailing Stop and eight other indicators are part of the TrendInvestorPro Indicator Edge Plugin for StockCharts ACP. Click here to learn more and take your analysis process to the next level.

About the author:
Arthur Hill, CMT, is the Chief Technical Strategist at TrendInvestorPro.com. Focusing predominantly on US equities and ETFs, his systematic approach of identifying trend, finding signals within the trend, and setting key price levels has made him an esteemed market technician. Arthur has written articles for numerous financial publications including Barrons and Stocks & Commodities Magazine. In addition to his Chartered Market Technician (CMT) designation, he holds an MBA from the Cass Business School at City University in London.

‘My husband and my father never really got along’: How do I ensure my husband of 26 years never gets his hands on my inheritance of several million dollars?

3 Canadian Giants That Could Outperform Markets in 2023